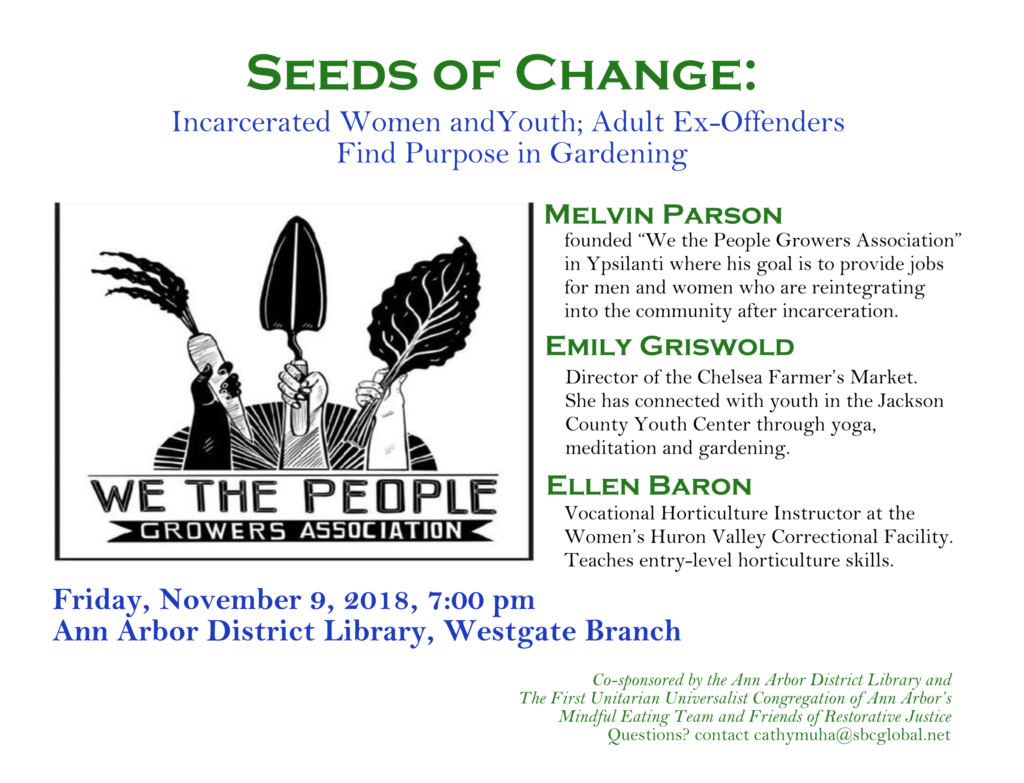 Join The Dispute Resolution Center and the Friends of Restorative Justice (FORJ) for a film viewing, panel discussion, and community conversation about the documentary, “Healing Justice.” It examines the impact of trauma, redefines justice within the criminal and juvenile justice systems, and moves us toward empathy, reconciliation, and healing to bring about social and transformative change 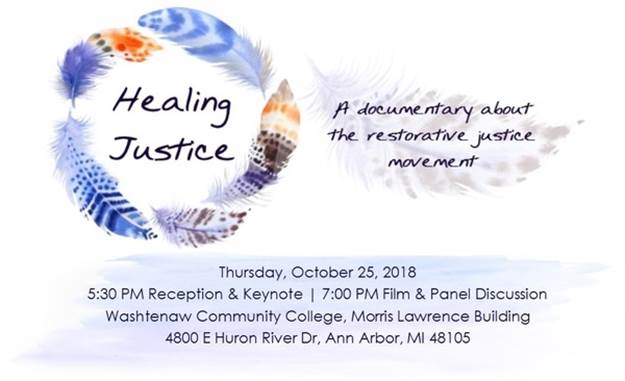 The Michigan Department of Corrections will do a training for Washtenaw County volunteers in the restorative justice technique called Circles of Support and Accountability. These circles are set up for people returning from prison who have high need. The training will be Saturday September 22 from 9:15am to 4:00 pm. in the Fahs Chapel of the Unitarian Universalist Church of Ann Arbor. 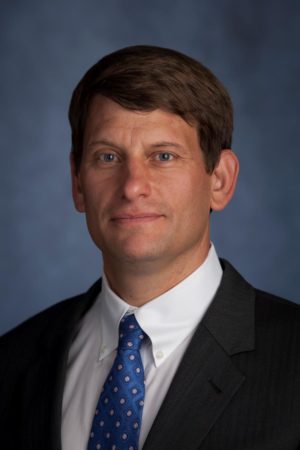 Prior to his position in the Michigan House, Rep. LaGrand served 8 years as Kent County Assistant Prosecutor.

The presentation, panel discussion, and question-answer session will address issues such as cash bail, use of restorative justice practices, and the role of prosecutors.

This event has been planned in partnership with the Dispute Resolution Center, whose October 25 fundraiser will feature “Healing Justice,” a film exploring restorative justice practices as a response to trauma.

Fifth Corner/Saline Community Church:,
211 Willis Rd, Saline, MI 48176, USA
All members of the public are invited to join the committee chairs of the Yes to Our Mental Health and Public Safety countywide millage campaign to learn more about the mental health crisis we face in Washtenaw County and how the millage seeks to address these issues.
Friends of Restorative Justice endorses this millage. 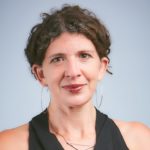 Over 50% of people in state prisons have been convicted of violent crimes, and in recent decades the rate at which people are being incarcerated for violent crimes has been increasing even as actual crime rates have been falling. Clearly any robust solution to the problem of mass incarceration in the United States must include a better way to handle violent offenses.

Danielle Sered will speak about her experience directing Common Justice, a program of the Vera Institute of Justice that develops and advances solutions to violence that transform the lives of those harmed and foster racial equity without relying on incarceration. It is the first alternative-to-incarceration and victim-service program in the United States that focuses on violent felonies in adult courts. The evidence shows that both violence and mass incarceration can be reduced at the same time.

Under Danielle Sered’s leadership Common Justice received the Award for Innovation in Victim Services from Attorney General Holder and the federal Office for Victims of Crime in 2012. Before planning the launch of Common Justice, Danielle served as the deputy director of Vera’s Adolescent Reentry Initiative, a program for young men returning from incarceration on Rikers Island. Prior to joining Vera, she worked at the Center for Court Innovation’s Harlem Community Justice Center, where she led its programs for court-involved and recently incarcerated youth. Danielle teaches about restorative justice at CUNY and was a Rhodes Scholar.

Church in Society of The Good Shepherd UUC

Episcopal Church of the Incarnation

This coming Monday night, August 21st, at 7:00p.m. we are going to view the Poor Peoples’ Campaign Third “Gathering for Reflection, Revival, and Resistance” at the Washtenaw County Learning Resource Center. It is located at  4185 Washtenaw Ave.  and faces the same parking lot that the county jail faces.)

Each one of these broadcasts,  co-hosted by the Rev. Dr. William Barber and Jonathan Wilson-Hartgrove, are intended to equip people from all walks of life to support  and create safe and equitable communities inclusive of those who suffer from social stigma or poverty.   Each gathering focuses on a different critical moral issue and this gathering will focus on “Immigration and Sanctuary.”

We are in the process of organizing a Washtenaw County connection  to the New  Poor People’s Campaign and those who are interested are encouraged to come and learn about this new movement and how we can participate in it.  Please let us know if you would like to be informed of future gatherings.

There is also going to be a New Poor People’s Campaign mass meeting  to call for a National Moral Revival   on Tuesday September 5th at the Atrium Auditorium of Wayne County Community College, 801 W. Fort Street Detroit 48226.  The doors will open and music begin at 6:30p.m. and the program will begin at 7:00p.m.  We have heard that Michigan has been chosen as one of the key states they are going to focus on so this will hopefully enable us to begin to connect with the state leadership and others who are wanting to work on this campaign.

*The Rev. Joe Summers, Vicar of The Episcopal Church of the Incarnation, Pittsfield Twp.

An invitation to support a visit and presentations by Danielle Sered 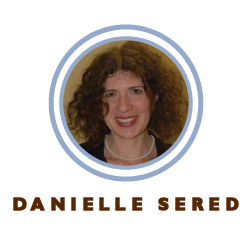 On October 12, 2017, from 4 – 6 p.m. at the Gerald Ford School of Public Policy, you are invited to join policy leaders, and justice advocates to engage with Danielle Sered, one of the most prominent leaders and practitioners of restorative justice in the US.

Friends of Restorative Justice (FORJ) is a group of people from Washtenaw County and surrounding areas who are working together to bring restorative justice to our community.  We come from different backgrounds but all have a desire to change our punitive justice system to a more restorative system.